Many of the great natural wonders of the world are disappearing, lost to the advancement of society and technology. Africa is no different. People flock to the region’s game preserves and parks, hoping to catch a glimpse of a lion, or an elephant. But the environmental cost is heavy. Savannahs are bulldozed to build roads. Woodlands are cleared to make room for luxury hotels. Eventually, the animals start becoming harder and harder to spot, their numbers reduced by the destruction of habitat their own popularity has brought.

A popular solution to this problem is ecotourism. Rather than create resort destinations adjoining game parks and other natural features of Africa, experiences are created for the traveler with an eye toward disturbing the local flora and fauna as little as possible. In this way, both the animals and local culture can be enjoyed without compromising the resources.

Essentially, ecotourism allows visitors to view what they came to see, the animals, in a way that is sustainable. Additionally, the tourist can experience the indigenous culture of Africa and even learn about conservation efforts important to their favorite animal. Ecotourism is truly a win-win for Africa and its wildlife population. 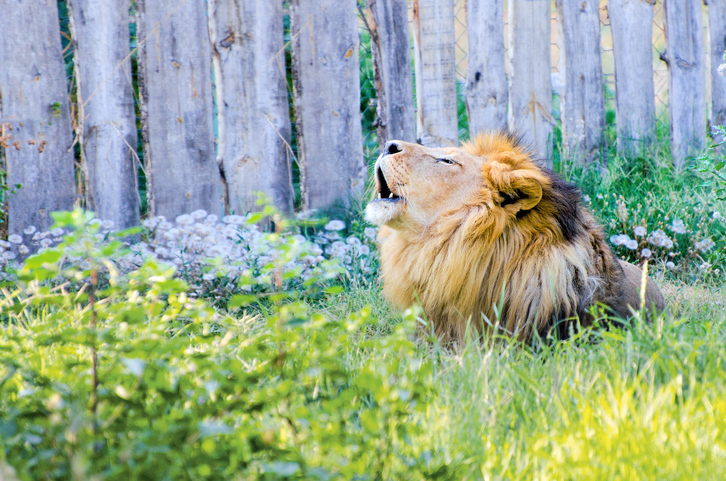 The Big Five: From Hunted to Prized by Photographers

Historically, hunters came to Africa seeking the ultimate prize. They sought a collection of animals which could not be found, together, anywhere else on earth. They called this collection “the big five”. Fortunately, times have changed. Cameras have replaced rifles. Tourists now talk about conservation instead of taxidermy. But the animals remain as magnificent as ever. Here are the African Big Five. 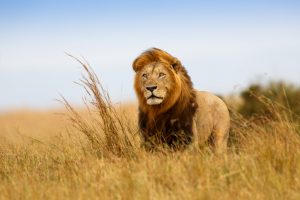 Weighing 6 tons on average and standing eleven feet tall, a male African Elephant is the largest terrestrial animal on the planet. The African elephant is distinguishable from its Indian cousin by its large ears and greater size. This animal’s habitat is primarily grasslands and woodlands.

Huge animals with two menacing horns, rhinos naturally draw hunters wanting to claim a truly dangerous prize. Rhinos have extremely poor vision, sometimes resulting in violent attacks on unsuspecting rocks and trees. Black Rhinos are the rarest on the list, with world populations reduced to numbers as low as 5000 by poaching and loss of habitat.

Famous for being the king of the jungle, African Lions live in grasslands and plains. Nonetheless, this great cat invokes fear and respect for its athleticism, size, and menacing presence. Lions maintain a highly developed social structure in large groups or prides.

Moving with speed and grace, this stealthy hunting machine might be nature’s perfect predator. Leopards can climb trees, swim rivers and race across the plains. Once they locate their prey, they are dogged stalkers, sometimes following a meal for days before striking. Leopards are nocturnal and hide during the day. This makes them clearly less visible than other animals.

Despite its appearance, the Cape Buffalo is not closely related to the far more gentle domesticated cow. In fact, it is the volatile and unpredictable nature of this animal which most likely causes it to appear on this list. Wounded buffalo are especially dangerous as they are known to ambush and attack their pursuers.

With declining populations and changes in views on hunting, the five different species mentioned above are more protected than ever. Today, this group of Africa’s finest animals is prized by ecotourists and photojournalists definitely more than hunters. This change has been positive for Africa and its animals alike, resulting in, for example, new revenues for continued conservation and development efforts etc. 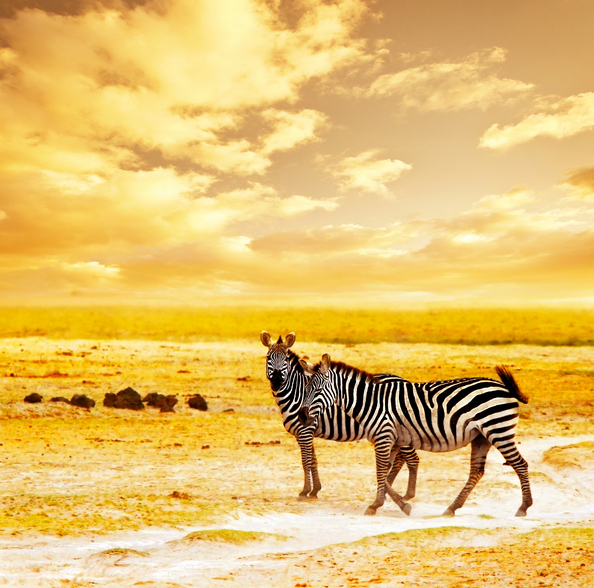 Africa has many amazing natural reserves: huge expanses of savanna and woodlands populated by wildlife known by people all over the world. People come here to go on safari, view and interact with some of the most incredible animals on earth. These are amazing places, and the Masai Mara National Park is the most amazing of all. 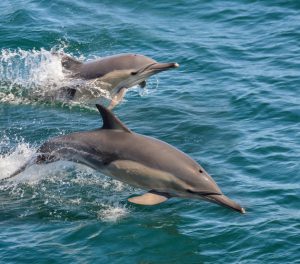 Located in Kenya, the Masai Mara National Park occupies over 1500 square kilometers. It adjoins the Serengeti National Park, and the lack of a fence between the two reserves allows for wildlife to freely travel from one to the other, following the rain patterns and cycles. People from around the world come to witness thousands of animals moving across the savannah in search of their next home.

Masai Mara National Park is home to lions, leopards, rhinos, Cape Buffalo, and elephants. The animals collectively known as The Big Five and made famous by big game hunters throughout history. In this park, it is not uncommon to see all five in one day! Masai Mara is truly a unique and special place. A dream destination for African wildlife enthusiasts. 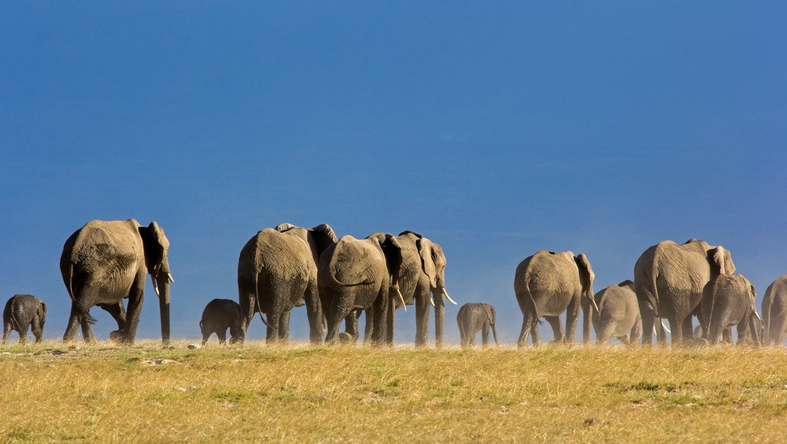 The continent of Africa has long held a certain mystique. It is intriguing due to its size, diversity, and largely undeveloped landscape. Africa’s terrain is wild, featuring natural wonders such as deep jungles, scorching deserts, and mighty rivers. But no aspect of Africa has proven more compelling to the rest of the world than its wildlife. 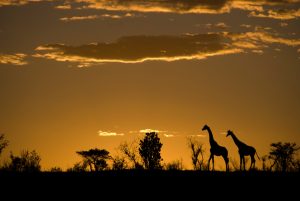 Africa is renowned for its large and diverse animals, also called megafauna . Several are found only in Africa. Historically, the presence of these rare and unusual animals has made Africa a top destination for sightseers, photographers, researchers, and hunters. The ecotourist trade remains a large part of the African economy.

Three Animals Worth Seeing in Africa

Why are people drawn to this wild and untamed place? These three magnificent animals make a trip to Africa worthwhile.

Zebras: Half Black or Half White?

Zebras are classified as equids (horse family). There are three types of zebra. The plains zebra, Grévy’s zebra, and the mountain zebra are all similar in appearance but on closer examination certain difference exist. All are striped with variances in the pattern, density and location of the stripes according to the subspecies. The classes of zebra differ in size and body type as well. For example, the mountain zebra closely resembles a mule while both the Grevy’s and plains zebras are more similar to true horses.

It was long thought Zebras were white animals with black stripes. This pattern is thought to aid in natural camouflage among the tall grasses of savannas and plains. Recently, research has suggested zebras are black with heavy white markings and stripes.

Giraffes: May the Strongest Neck Win

A male giraffe can stand at well over five meters. This height is achieved through evolutionary changes resulting in long legs and an extremely elongated neck. The adaptation is believed to have occurred out of necessity. The giraffe can reach food sources which other herbivores cannot, mainly leaves high up on trees and other large plants.

Male giraffes establish a social hierarchy much like other animals, they fight to show physical dominance. However, giraffes are unique in this behavior. They fight with their necks in a process appropriately called “necking.”

Hippopotamus: The Mighty River Horse is a Whale?

Hippopotamuses, or hippos, are characterized in fiction as peaceful creatures. In fact, the inverse is true. Hippos are extremely aggressive, both towards humans and other animals in their immediate vicinity. An average male weighs around 1500 kg and can move very quickly in short bursts.

Hippos somewhat resemble boars but their closest relatives are the cetaceans, or whales and porpoises. They have webbed feet and nostrils, eyes and ears adapted to the semi-aquatic life they lead.

Wildlife in Africa is large, exotic and untamed, much like the continent they call home. In a competitive and fierce environment, these animals have evolved into creatures unlike anywhere else in the world.

Africa is in a battle to preserve habitat for its wildlife. Each year, more habitat is lost to development resulting in more pressure being put on indigenous animals as they fight for survival. The solution seems easy. African nations should practice more conservation, and prioritize the survival of its unique and wonderful collection of animals. But it is not that simple. 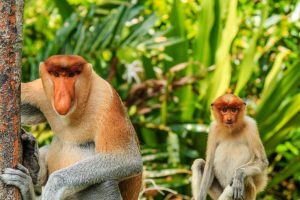 Africa Must Exploit its Natural Resources to Develop

Africa remains a largely undeveloped region. One of the last on the planet. And the nations of Africa want and need to develop. To do so, the region must attract the attention of world markets, mainly with natural resources such as minerals and forests. Africa is not in a position to exploit other, less impactful, resources such as technology. Therefore, they must use what they have.

Exploitation of natural resources will inevitably lead to loss of habitat. This has been proven throughout history. Africa only now possesses habitat due to its tardiness to development. But that is changing. So, a balance must be struck. One that services the long term economic needs of the region with the environmental needs of its indigenous plants and animals. Unfortunately, such a balance is difficult to achieve.

Regional Management is the Solution

African growth and development will occur. It cannot be stopped. But its impact on wildlife habitat can be lessened if this growth is managed regionally. Africa is comprised of 54 nations with different economic needs and abilities, but its wildlife habitat extends across borders. Each nation of Africa must have a say in the direction of the region and an interest in preserving habitat. Only by unilaterally committing to conservation will wildlife be protected from extinction through loss of habitat.